I joined my first challenge! I was so excited to be invited to join The Nail Challenge Collaborative (which will henceforth be named the NCC for brevity’s sake!) by Stephanie from A Little Polish. She’s a fellow Pittsburgher and a talented lover of nail art as well! So if you haven’t seen any posts from the NCC, it’s a group of nail art bloggers who do 4 manis/month in a previously chosen theme. And I’m now one of them! Woo hoo!

The theme for March is “Untrieds,” which got me really excited because I have a huge pile of untried polishes and a whole file of untried manicure ideas and techniques. So this is a great excuse to get off my lazy butt and actually accomplish some of them!

This is a whole lot of untried goodness for me – all untried polishes and leopard print, which I’ve never done before! Shocking, right? I feel like everyone and their mom has done leopard print, but not me… until now. I had read that it was super easy to do, but it always intimidated me. This challenge has made me put my big girl pants on and finally do it! I think it came out awesome too 🙂 It truly was easy to do – messy is actually a bonus here, which totally worked for me haha. 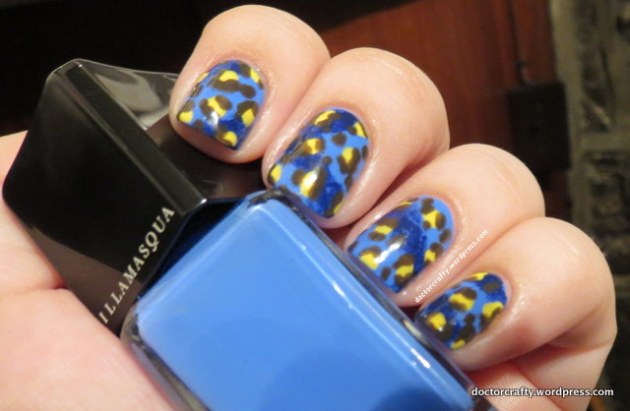 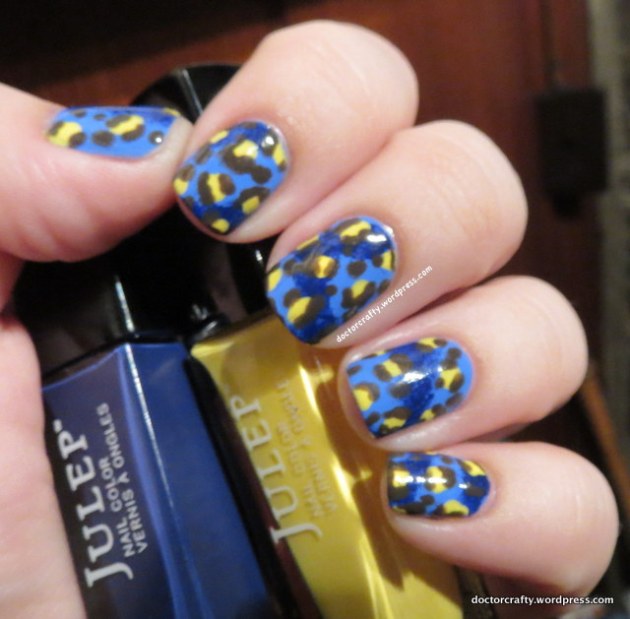 Overall, I’m super happy about this! I think the color combo worked out well with the pop of yellow. And it was nice to use a bunch of my untried Julep polishes! I have so many Juleps laying around waiting to be played with, so don’t be surprised to see more with this Untrieds Challenge!

So what do you think of my first attempt with leopard print? Any other color combos you like that aren’t the typical neutral tones?

And here’s a link (hopefully this works!) to see the other posts in the NCC Untrieds: