Hello sweeties and welcome to March! I’m hoping against hope that it’s going to start getting warm soon! March ushers in another theme from the Nail Challenge Collaborative, and this month we’re doing manis inspired by fashion. Since the Oscars just happened, I figured at least one would be based on a beautiful dress worn at that event. 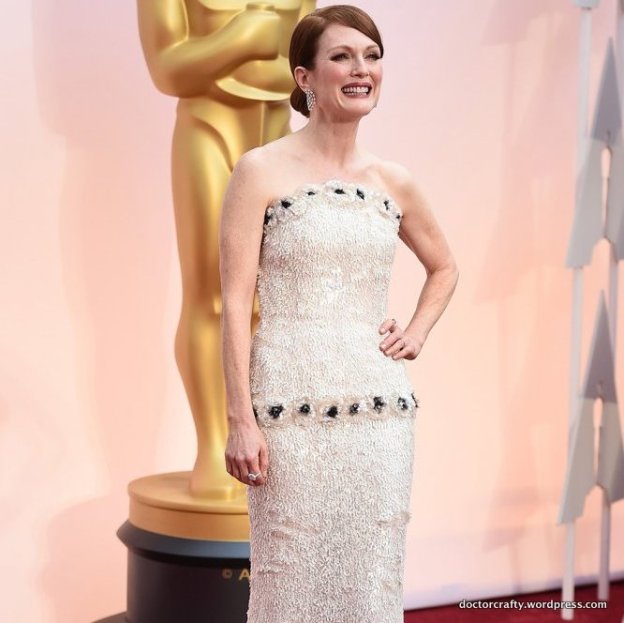 Julianne Moore at the 2015 Oscars

For my first NCC look, I decided to base my mani on Julianne Moore’s dress. I thought that the addition of texture at the chest and waist would translate perfectly to a manicure. It wasn’t my favorite dress seen at the Oscars, but it was certainly one I thought I could recreate easily! Plus she won an Oscar, so she deserves homage! 🙂 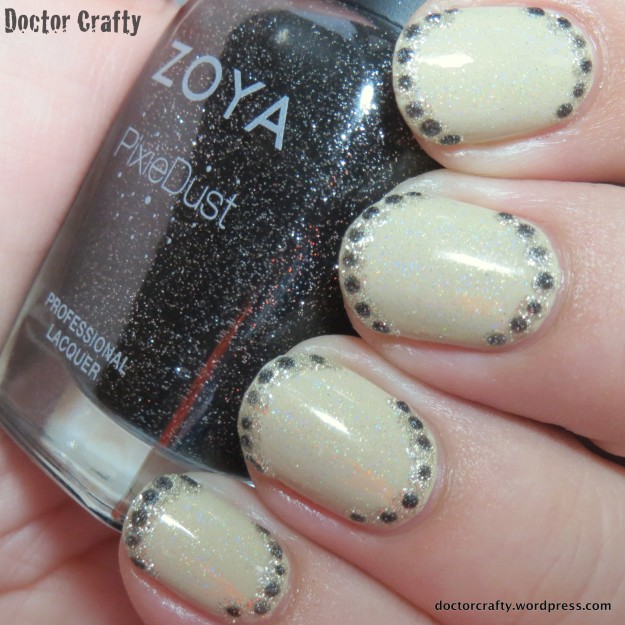 My mani based on Julianne Moore’s Oscar dress

I actually did this manicure from my memory of what Moore’s dress looked like. And in my memory, I thought her dress was more off-white than it actually was. But after looking at her dress again, I wish that I had used a lighter base color like OPI My Vampire Is Buff or something like that. Also I had remembered the rest of the dress as a shimmery off-white, so I made my base a holo. But in reality, Moore’s dress looked more textured throughout. Ah well!

But despite that, I still like the overall outcome! I really like the pop of texture at the base and tip of the nail. In different colors, I think this would be very wearable!

What do you think? What was your favorite dress seen at the Oscars? My favorites were Naomi Watts’ and Rosamond Pikes’.

Check out more fashion-inspired manis from the NCC ladies:

Hello my sweeties! Did you stay up late watching the Oscars last night? I definitely did! I always like watching award shows… the husband and I love going to movies, so it’s nice to see what the experts think of our favorites. Also, I thought Neil Patrick Harris was a great host didn’t you? Anyways, onto my manicure of the day!

In the vein of recent award shows, I decided I needed some glitz and glam on my nails. I picked out some older polishes that haven’t gotten love in a real long time and added a PixieDust to offset the shiny sparkle. 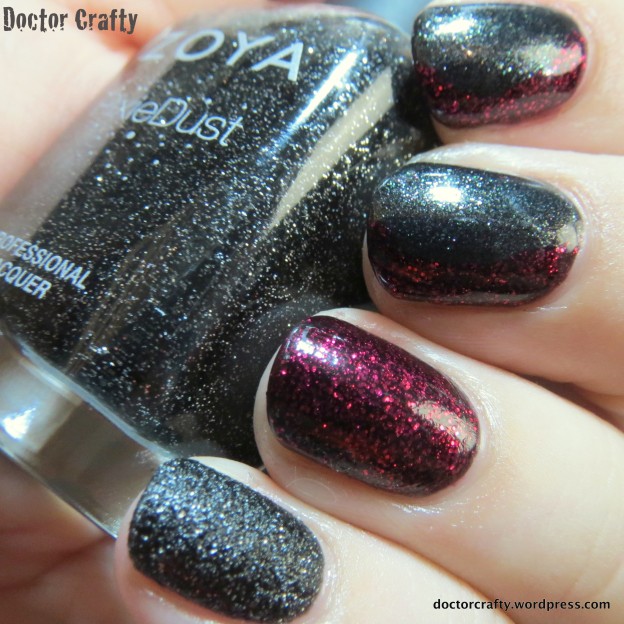 Since the base color for my index & middle fingers is so shimmery, it was difficult to capture the contrast of the purple glitter. I had painted a vertical half moon, and in most lighting it’s very subtle. Here’s a pic at a different angle so you can see it better:

A different angle of this black and purple skittlette

And a closeup of the purple glitter accent:

What do you think? Too much sparkle? Or is that even possible? 😉 Did you watch the Oscars? If so, did your favorites win?

Hello there sweeties! I hope the post-Christmas blues have avoided everyone. I’m on vacation until after New Years, and I’m about to take a trip to see some friends and family so I’m just plain excited! I’m trying to think of possible manis for New Years, and the main thing that comes to mind was BLING. Bling always is appropriate for a New Years mani! So this is my dotted version of a blingy New Years mani! 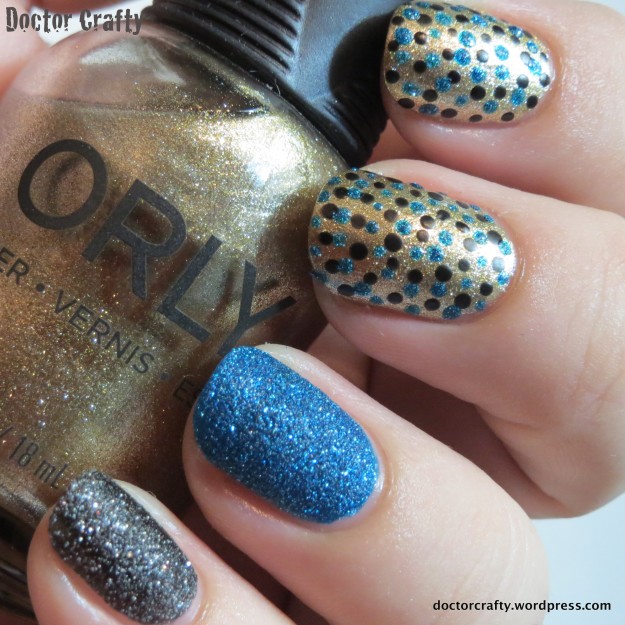 So I intended to have dotted spirals on my index & middle fingers, but it doesn’t quite look that way at first glance. I think it’s because the dots are too far apart – maybe they’d actually look like spirals if the dots of one color were closer to each other. But I think it still came out alright!

Another pic of my blinged out mani!

I knew I wanted to use more of my new PixieDusts for this mani because they’re so pretty and blingy too! And I like how it gives the dots a bit more dimension on top of the gold.

What’s going to be on your nails for New Years? Are you going to go bling-tastic like me? What are your plans for NYE?

Check out more dotticures by my NCC ladies: